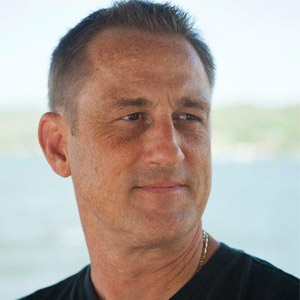 My name is Jeff Nash, former drug addict for many years. I was offered an opportunity to work with Deirdre to help me overcome some of the baggage associated with 14 years of heroin addiction. Having worked with traditional EFT practitioners, I wasn’t expecting very much. Although I had maintained complete abstinence for nearly 16 years, the love for the drug never left me. There were so many references that freedom from the feelings seemed impossible. Although I had managed to tough it out and create a good life for myself, I still had a hard time when I would see a syringe. I felt sick at my stomach and cringed in fear.

Deirdre took the time to explain why it was important to change my internal reference so that those feeling could never be triggered again. I must admit I was very skeptical. I arrived for a one on one session with an open mind. I immediately noticed that Deirdre had a gift for quickly building rapport. I felt comfortable being honest with her.

After the initial intake she began to work her magic. She told me to go ahead and feel it for the last time. To my surprise, she produced a syringe, a spoon and a lighter and placed them on the table. My body reacted and she started leading me through the ritual of using drugs. There were so many references, feelings, and memories after years of drug use. Drugs were my best friend through so many hard times. It was always there, doing what is was supposed to do. Heroin had be the only thing dependable in my life. After about an hour I realized that my body was no longer reacting to the syringe. I couldn’t even bring the memories back into focus. By the end of the second hour I was astonished. Not only was it gone, but I could actually pick up the needle and play with it without even a hint of reaction. It seemed to good to be true. Surely this is only temporary! It’ll come back a few days from now! It didn’t.

That two hours session was nearly 4 years ago. Never again has my body responded the same way again. I’ve seen people using drugs a few times since then but somehow it just not the same anymore. There is no sick stomach or sweaty palms. Its all just gone!

To say that this was a life changing event would be an understatement. Deirdre cleared my mind of a lifetime of garbage in just two hours. I have continued to do sessions with her through the years on various other subjects and she seems to always know exactly what to do.

I would recommend Ms. Maguire without hesitation for anyone dealing with any issue that causes unwanted emotions. From addiction, grief and loss, relationships, or anger issues, she has helped me with them all. She has become the “go to” person in my life when I need help. I am always astonished at how quickly she can have me feeling better.